In Cubefield game you are ruling triangular object, which meets cubes of different colors, your goal is to prevent clashing your object with these cubes, that is you have to move triangle such way, that does not collide with cubes and collect as many points as you can. Find out more about Cubefield in the article below.

How can you survive in Run 3?
Benefits of unblocked games
Tank Trouble Game 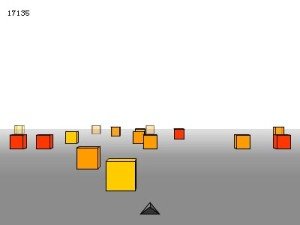 If you would like to play an intense online game, then this is your turn to try out the game called Cubefield, made by Max Abernethy. Some of you might know it as Cube Runner. Actually, they are the same, but one is a mobile version for iOS and Android and the other is made for PC.

This is a wonderful chance for everyone to have fun and push their concentration skills to the limits because it trains one’s visual perception and also the way you react to certain changes. The simultaneous change of both the blocks and the background of the screen get you confused while playing. There are a number of colorful cubes approaching you and trying to crash into you. The keyboard arrows will assist you in choosing the right directions and this all will lead you to success. It becomes harder since further you get away from the start, faster you move and the cubes align in different formations. The more you focus your sight on the blocks and get used to the color changes easier maneuvering becomes. You only get one chance because once you are hit, you have to start all over again. 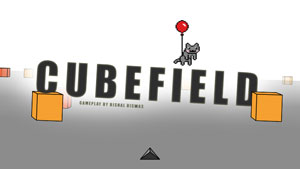 When players find a new favorite game, they try to look for other versions or modifications. Maybe they will find anything even better than their current game. After googling Cubefield, you will see classic results like Cubefield 2, CF hacked, unblocked and so on. Unfortunately, the second part has not been released, yet. This sounds strange because the game came out back in 2006 and maintains popularity even today. Who knows? Maybe it is in development. If it will be released, you will definitely know about it.

Those who cannot face any difficulties, there is a hacked version available. You will move around freely without losing. The gray arrow will just go through the blocks. The game loses its gameplay, so it is hard to understand people who play hacked version. Lastly, Cubefield unblocked is made for people who play from college, school or work. They get the chance to avoid proxy limitations that block entertainment websites. 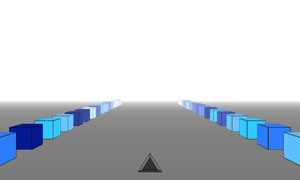 It’s complicated at the beginning because you are required to dodge the colored cubes. The whole point behind it is getting far away from the cubes without crashing into them. The main character is a gray arrow, which you have to control using left and right arrow keys. It appears on the screen once the game loads. Multi colored blocks then fall and the screen starts moving fast. You as the player take control of the arrow and start dodging the blocks. The blocks keep changing colors as the game goes on. At the same time, you keep accelerating. Upon your progress, the background of the screen also changes. As a beginner, you may find it easy to play but these changes make you crash into the blocks fast.

Now let’s talk about some of the features. We know that quite a lot of people have laptops and PCs with a small screen. It is hard to play a game in a tiny window on a miniature screen. Good news for you as we offer an opportunity to play the game in full-screen mode and simplify your gameplay. Let’s move on to the next one. To tell the truth, this one is more a trick than a feature, but you should still know it. Pressing P key pauses and unpauses the game without delay. After some practice, you can use it to get out of dangerous situations. When you are about to hit the block, quickly pause and analyze your next move. Once you are ready, let the game move on.